Rafiou is a Togolese-born postdoctoral fellow at Indiana University School of Medicine where his current research in biomedicine focuses on new molecular targets for kidney and bone diseases treatment. Rafiou obtained his biotechnology engineer degree at the University of Mostaganem in Algeria and his Master and Ph.D. degree in immunology at the University of Orléans in France followed by a postdoctoral position at New York University. Rafiou founded the startup Afro Talent Management which promotes careers opportunities in Africa for young graduates in France. This initiative earned him the title of Ambassador of Pépite France, an entrepreneurship program of the French ministry of national education. Dr. Agoro believes that science and technology development represent the keys factors for a quick prosperity in Africa and that African scientists in Africa or overseas should contribute actively to the development of science and technology in Africa by assisting Africans government. Therefore, in parallel to his ongoing research activities, he is involved in contributing to training STEM scientists in Africa.

Mohamed Cissé is a researcher in Computer Science and Operations Research. He obtained a PhD degree in Computer Science . Serious and hard-worker, he is an expert in solving real life planning and scheduling problems. Beyond his research activities, Mohamed already founded a startup that sells a software to plan routes for transportation companies. 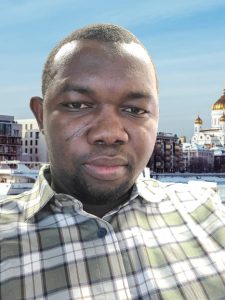 Baba-Issa Ouro Koura is an Engineer in construction materials. He obtained his civil engineering degree at the University of sciences and technology of Oran in Algeria and his Master degree at CY Paris university in France. He also obtained a PhD degree in civil engineering at the Sherbrooke University. Baba-Issa is currently working as a consultant and is an expert in construction projects management and provide solutions for environmental and sustainability issues of civil infrastructures. 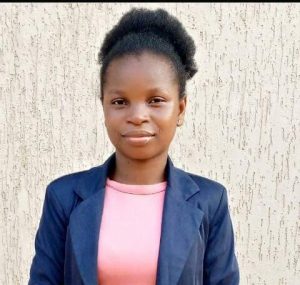 Lady Laré is journalist. She obtained a B.A in American literature at university of Lomé in Togo. She is currently a facilitator on the Champions Change program of Girls Lead project initiated by Plan International Togo. Ambitious and hard worker, she believes that Africa can be developed through science and technology.